One of the greatest advances in dental technology is the use of cone-beam computed tomography (CBCT). CBCT is an imaging technique that generates three-dimensional images. Some may think this is similar to the medical CT scans taken in the hospital setting. However, CBCT imaging is very different. The medical CT scans utilizes a rotating beam that circles multiple times around the patient, delivering radiation with each rotation. The dental CBCT utilizes a single cone beam. This translates into a much lower radiation exposure for the patient. A medical CT scan will expose the patient to about ten times more radiation than the dental CBCT.

Dental CBCT allows the dentist the opportunity to see the anatomy of the head and neck region in a three dimensional perspective. The distinct advantage of this is being able to detect dental infections or abscesses, which appear as radiolucencies (dark holes) around the roots of a tooth at an earlier stage than the traditional periapical radiographs would show. These abscesses are apparent on traditional dental radiographs only after the abscess has broken through the hard outer cortical plate of bone. When reviewing a CBCT, an abscess can be detected while it is still within the inner cancelous bone of the jaw. If the abscess can be detected earlier on a CBCT, before it has had an opportunity to destroy much of the surrounding bone, the infection can be treated before it has an opportunity to cause further destruction. 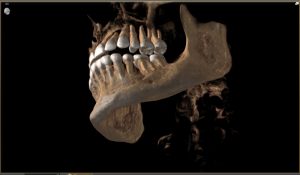 Another advantage of CBCT use in the dental office is in planning and placing dental implants. The dentist is able to make accurate measurements on the amount of bone present as well as have clear knowledge of anatomical structures in the area. This allows for predictable placement of dental implants, and therefore higher long-term success. 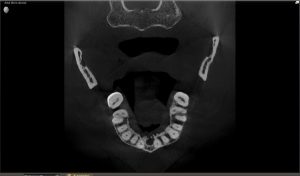 At this time, the CBCT is considered state of the art care in the dental office. It is not the standard of care. It is above the standard of care. We at Origin Dental Wellness felt so strongly about having this technology available for our patients, we moved to a new location in order to have the space to allow for it. We have seen too many times the connection between infected teeth and sickness. The bacteria involved in these infections are highly pathogenic and toxic. The current research in cardiovascular and stroke prevention even links these bacteria to being the causative factor in approximately 50% of the heart attacks suffered in the United States. Cardiovascular disease is the number ONE killer in this country! If we can utilize the dental cone beam CT to detect these dental infections that contribute to the cause of a heart attack, then we have had the privilege of saving someone’s life. And we take that privilege very seriously. Every new patient that walks through our doors will have a dental cone beam CT scan taken as part of their comprehensive evaluation.