I returned from a five-day dental missions trip to Santo Domingo a week ago. I went in order to work with the Garg Foundation in placing dental implants in patients. Two doctors are paired together with an overseeing surgeon, each doctor placing twenty implants over the course of three days. It is an incredible opportunity to have the privilege to place implants in patients who are unable to afford such care. It is a gift to be guided and taught at the same time by gifted surgeons. Once the implants have healed, they are then restored with teeth by practicing dentists within the clinic. 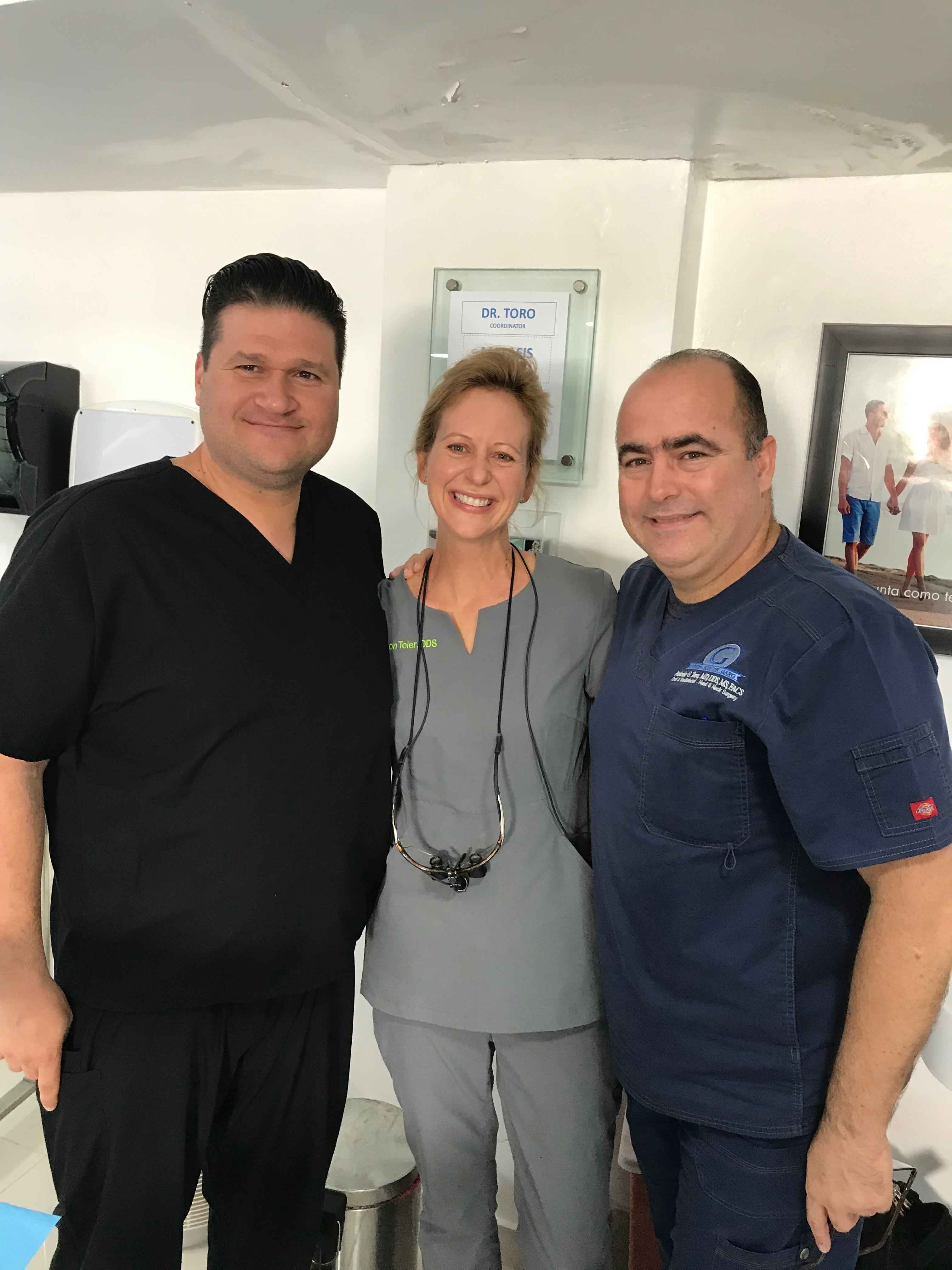 This service allows these patients to gain back their lost smiles, allowing them opportunities to obtain jobs and provide for themselves and their families in a society that is very poor, with a majority of the population living in absolute poverty conditions.

Upon my arrival to Santo Domingo, I was shocked at the size of the city.  I had not realized it had a population of three million people.  And I certainly did not expect the poverty I saw in that magnitude.  As we drove to the hotel, I felt every bit like the small town, America, girl that I am.  I realized that I really did not know what I was getting myself into.  This was going to be more than just placing implants.

Arrived in the hotel lobby at 7:30am the following morning to receive my partner and chair assignment for the next three days. All 29 doctors loaded into a van and took the short five minute drive to the clinic. We got out of the van in front of a three story building, nondescript except for the emblem on the building stating Foundacion de Dr. Garg. As we walked to the entrance on the side of the building, I noticed a tent set up behind the building. More people than I could count were standing there under that tent. As we entered the building and took the tight stairway right inside the door, I noticed more people sitting in chairs on each floor. I later learned that these were our patients. Some had taken a six hour bus ride to get there. Some had been waiting since 3am to be seen. Some would not be seen until 8pm that night, and then others would have to return the following day in order to be seen. The magnitude of what we were doing was beginning to become apparent to me.

I found my assigned chair and met my partner, Dr. Konstantine Malafi from Queens, New York. The surgeon working with us was Dr. Toro, a humble yet incredibly accomplished surgeon who can place sutures with a skill that I have never before witnessed. The day began with a brief description of the surgical protocol, and then I was handed a chart. All patients had been previously screened for health histories and cone beam CT scans were taken to identify where the implants were to be placed. Before I could look up, a patient was sitting in the chair, just smiling up at me. And so the day began. We reflected flaps, we expanded ridges, we placed implants, we placed sutures. We dismissed a patient only to turn around and find another one already in our chair. Some patients only received one implant, some patients received as many as seven. All patients left the chair saying, “Gracias”. Before I knew it, it was 9:20pm and the chairs in the make-shift waiting area at the end of the clinic floor were finally empty. Konstantine had placed ten implants and I had placed nine. I collapsed on the bus back to the hotel, feeling that high that you only get from being in some kind of long endurance activity, like running a marathon. Only I was more tired than that. This was exhausting and exhilarating and overwhelming all at the same time.

I returned to the clinic the following morning to have a patient already waiting in the chair. Noticeably, I did not feel as nervous as the day before. I knew what to expect, and looked forward to the work. The day flew by again, finishing at 7:20pm this time. Konstantine had placed nine implants and I placed another nine. The third day, Konstantine and I finished our fortieth implant at 10:30am. What an experience!

I am so grateful to have had the opportunity to be part of such a life-changing mission. It was such a privilege to have the educational and training opportunity, to be taught by such skilled surgeons. And it was such an honor to be able to provide the restoration of smiles to these people who do not have the financial means to make that happen. What a blessing for us all.